My best friend is about to get married and I’m very excited for his big day. I have known him since we were in high school and I know a lot of things about him that I think his wife doesn’t know yet. One thing he used to like back in high school was collecting chicken, hen or rooster stuff. He was so fascinated about them that Ii think he had hundreds of merchandise that had that theme.
When he went to college he left them all behind and his mom eventually gave them away. That’s why when I was looking for a wedding gift for the both of them; I was overjoyed to see one particular item displayed on the store. It was a hen sitting on nest salt and pepper shake. It was the cutest thing and I immediately bought it and I’m excited to give it to the bride and groom! 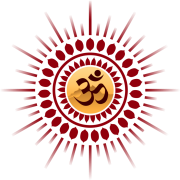